Demonic possession...from the demon's point of view.
Horror comedy for the twisted mind. 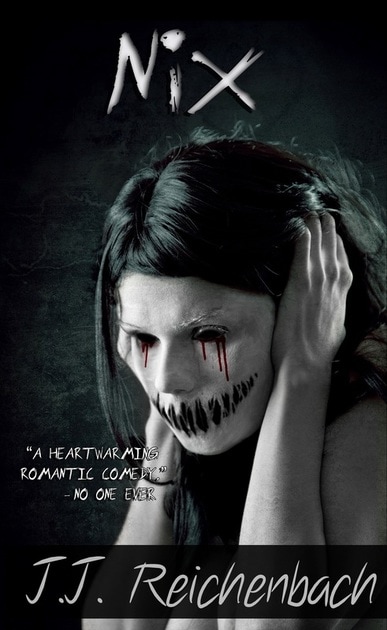 Nix has one goal: escape.

Hunted by the demonic hierarchy for a murderous joyride that she may have committed but definitely wasn’t responsible for, Nix has been jumping from one unwilling host to the next in order to stay hidden—and it was working, for a while. But Nix soon finds that there are other hunters closing in.

Desperate, she borrows the body of a young paranormal hunter named Rachel. All Nix needs to do is lead the hunters away, and then disappear. Hiding among the hunters seems brilliant at first, but of course nothing’s ever that easy.

Trapped inside the uncooperative hunter, Nix is damned if she leaves and damned if she stays. Even worse, Nix discovers that her idiot hunters are involved in a nasty plot to destroy the world—and sure, Nix loves chaos and destruction as much as the next demon, but she still has to live in that world. Nix has objections to that sort of nonsense.

Nix isn’t the hero the world deserves, but she’s the hero it’s damn well going to get.

Given the name of the book, I was intrigued.  It is very short but there was some-
thing about the name that seemed spooky like Stephen King’s IT.  I was glad that
I wasn’t disappointed because it turned out to have everything you’d want in a horror
novel.  It had the evil presence, the unknowing victim, blood and gore and don’t for-
get a thrilling story.
The story begins with Nix, a demon possessing a little girl when a group of hunters coming sniffing around.  When a young lady hunter comes to talk to her, she decides this is her time to move on and possess the hunter to find out more information.  Also to have a little fun with them before she kills them all. After spending some time with them and getting bored with her host and her hunter partners, she’s ready to move on. But before she does, she witnesses a fellow demon get exorcised like she’s never seen before.  Now she has to find out more to see what these hunters are up to out of self-survival.  Will she be too attached to her host or will she find out how to stop them before her whole world disappears.

Reichenbach does a great job with writing a story that is full of tension and yet you almost delight in the antics of Nix while wanting the hunters to realize the truth.  The character Nix is true evil and what I like that Reichenbach does is she keeps her that way and doesn’t try to change her.  The story flows really well and keeps you attached to it so you keep on wanting to read what happens next.  The surrounding characters are all interesting to play off Nix.

I definitely recommend this book for everyone wanting to delve into the dark side a little. Also, if you are a fan of Supernatural (tv series), you’d definitely like this book.  You can pick this book up at Amazon. com and the usual book haunts.

This is the follow up to Reichenbach’s first novel Nix, and it is just as good as
the first one.  Most of the time, a sequel doesn’t have the same umph and spirit of
the first book.  But like the exceptions in movies like Terminator 2, the sequel con-
tinues seamlessly on and develops more of the mythos that is Nix.

The story picks up right after the events of Nix and you find Nix back in her
host Callie enjoying each other’s company when they are both transported into
an unknown place.  Little does she know that she was summoned by the hunters
she tormented earlier on and tried to kill them.  Now they have her trapped in her
host Callie, looking for a deal.  They want her to help them find out what the
demon conspiracy is and they’ll go their separate ways.
Not wanting to make a deal with these humans, she looks for a way out, but being trapped her host and her host is dying, she has no choice to play along until a better option comes up.  Will she go along peacefully to get rid of these hunters for good or will she find a way out and wreak havoc and revenge as payback?

Reichenbach continues the story of Nix with the same amount of thrills and horror that she did with the first book.  She keeps her character Nix with the same sharp wit while developing and fleshing out the character to keep you interested in her story.  New characters are introduced that keeps the story moving and turn up a few surprises along the way.  The story itself moves smoothly from the first novel and keeps the same intensity with important revelations.

I recommend this book highly with the condition of reading the first book before delving into this one.  If not, you might not understand the references in this second book.  This series has become a great read that makes you wonder where it goes next.  You can get this at the usual haunts.